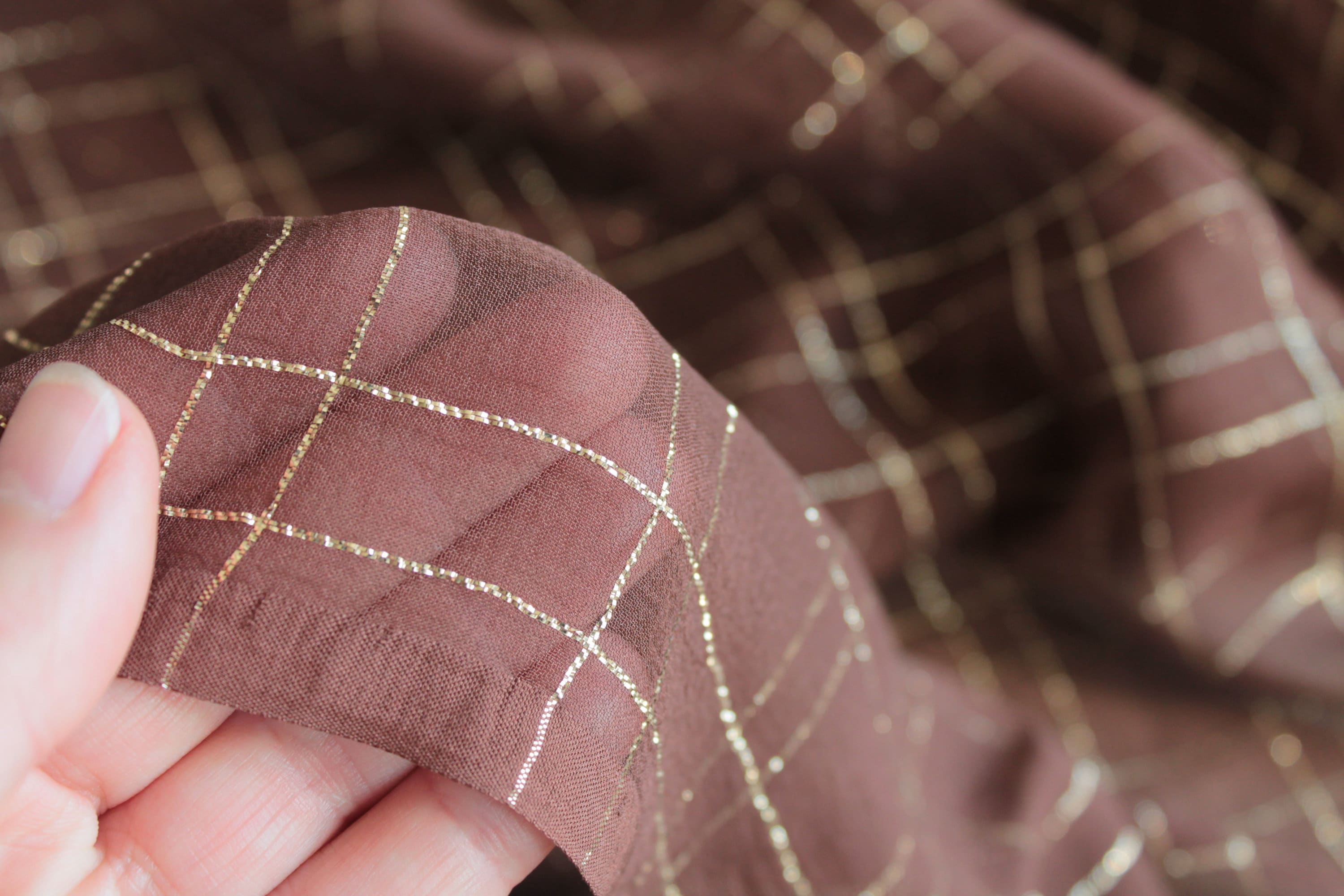 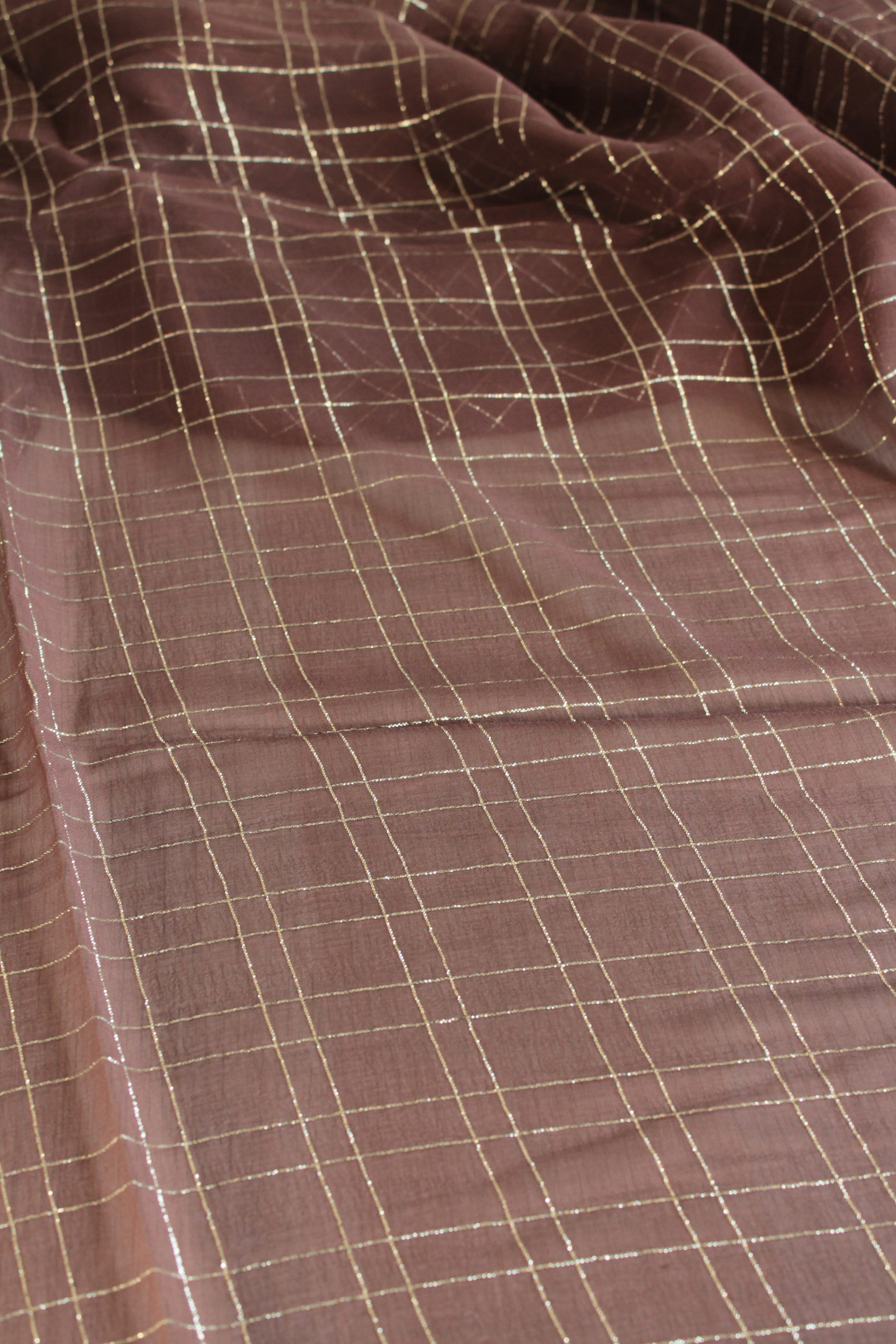 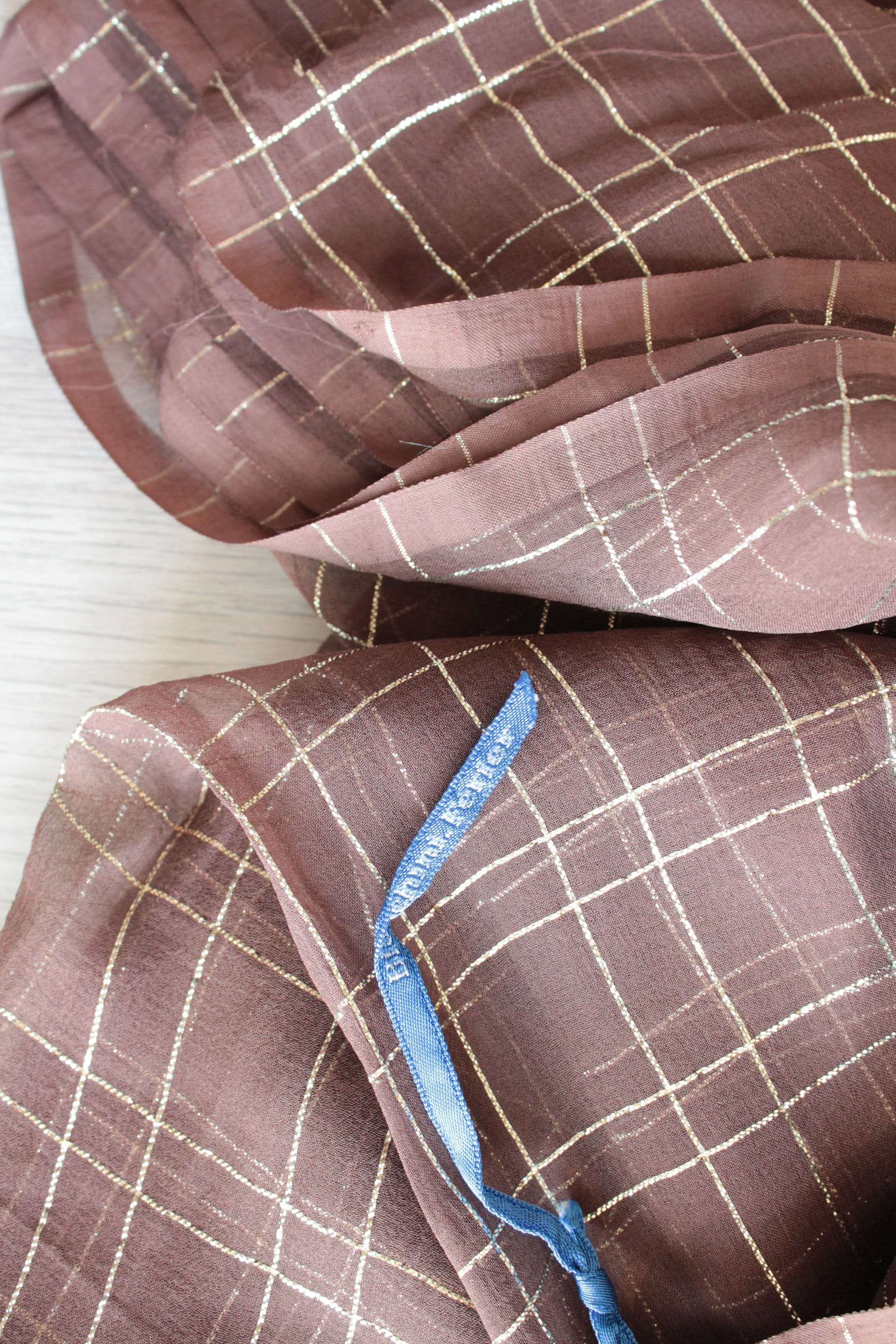 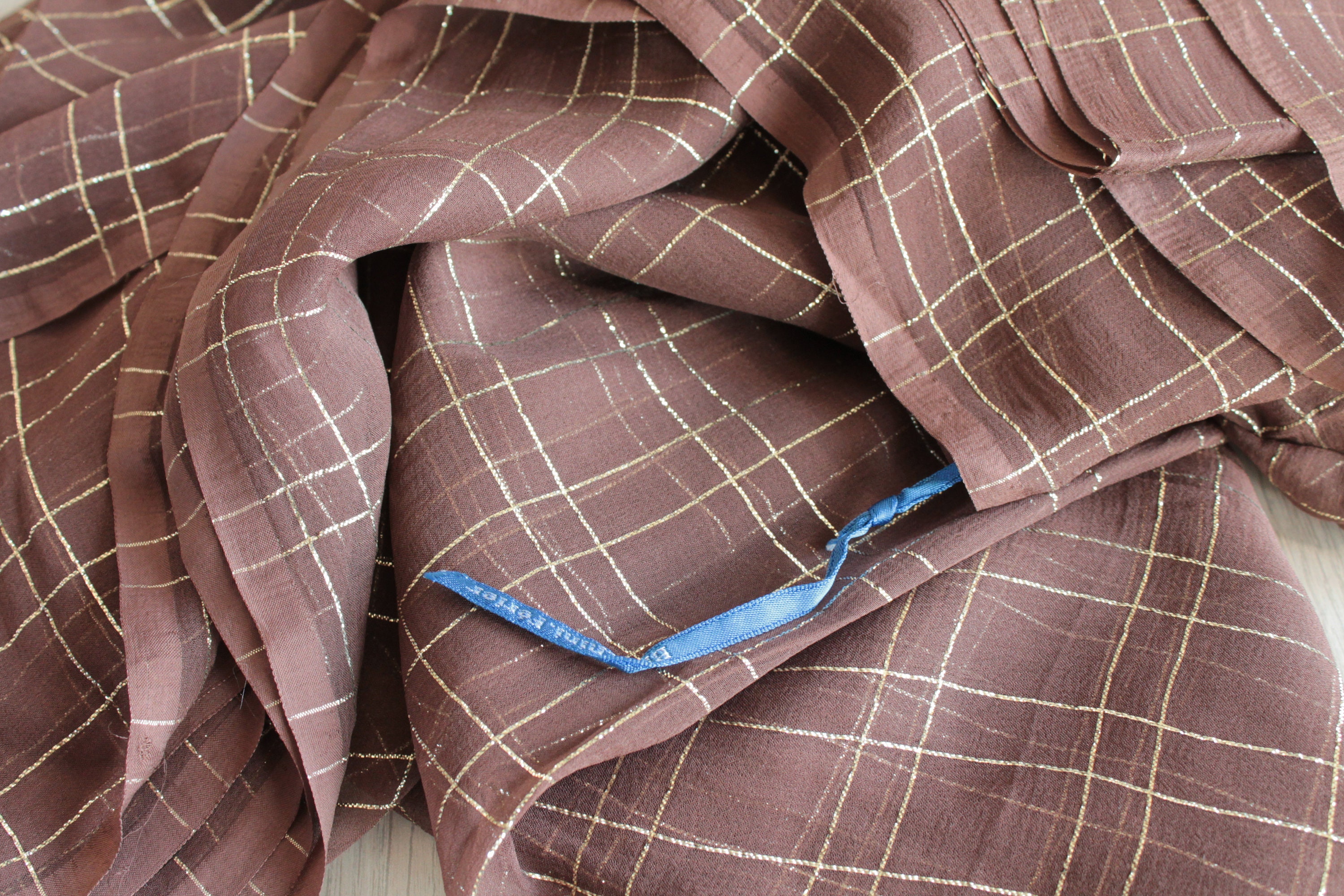 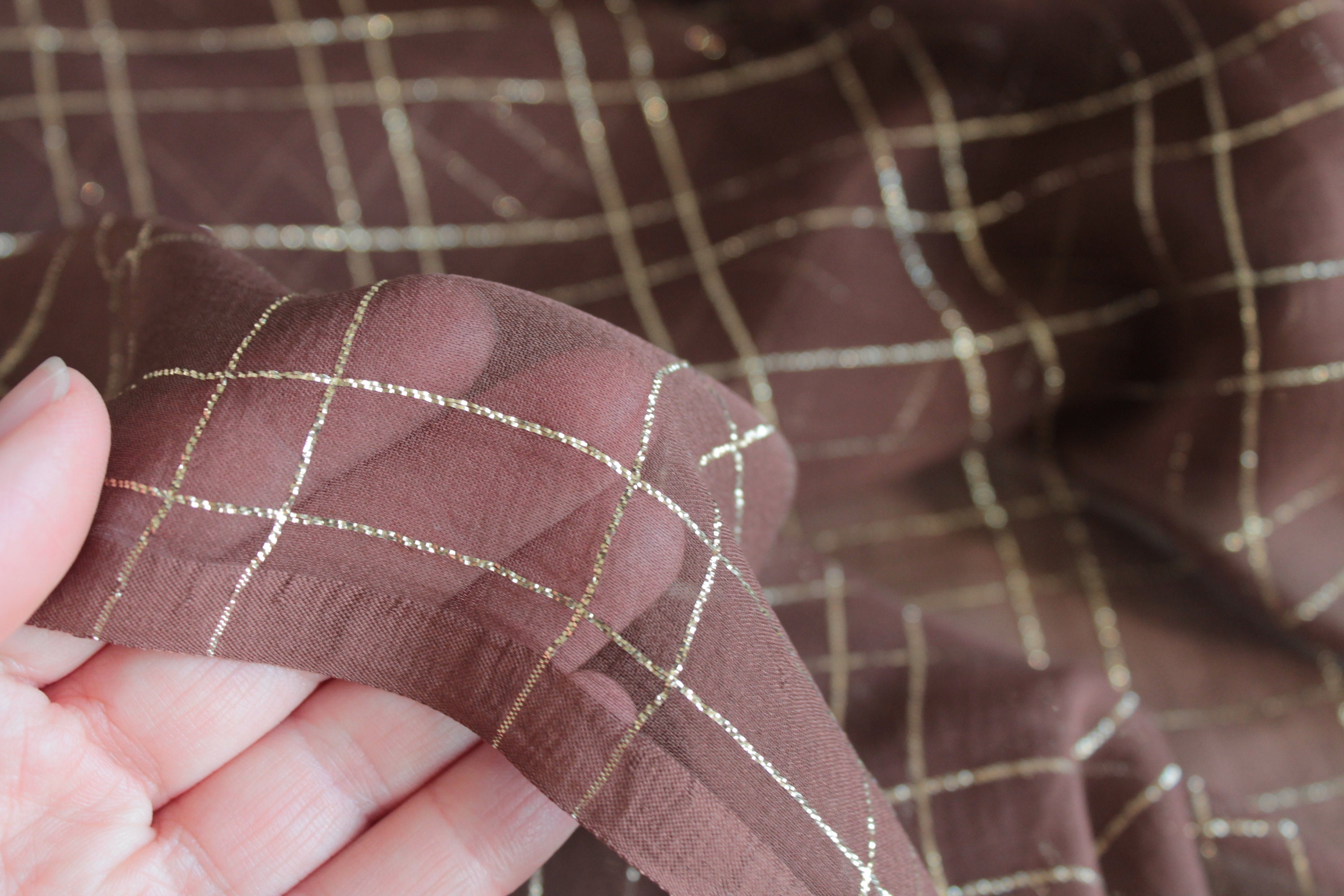 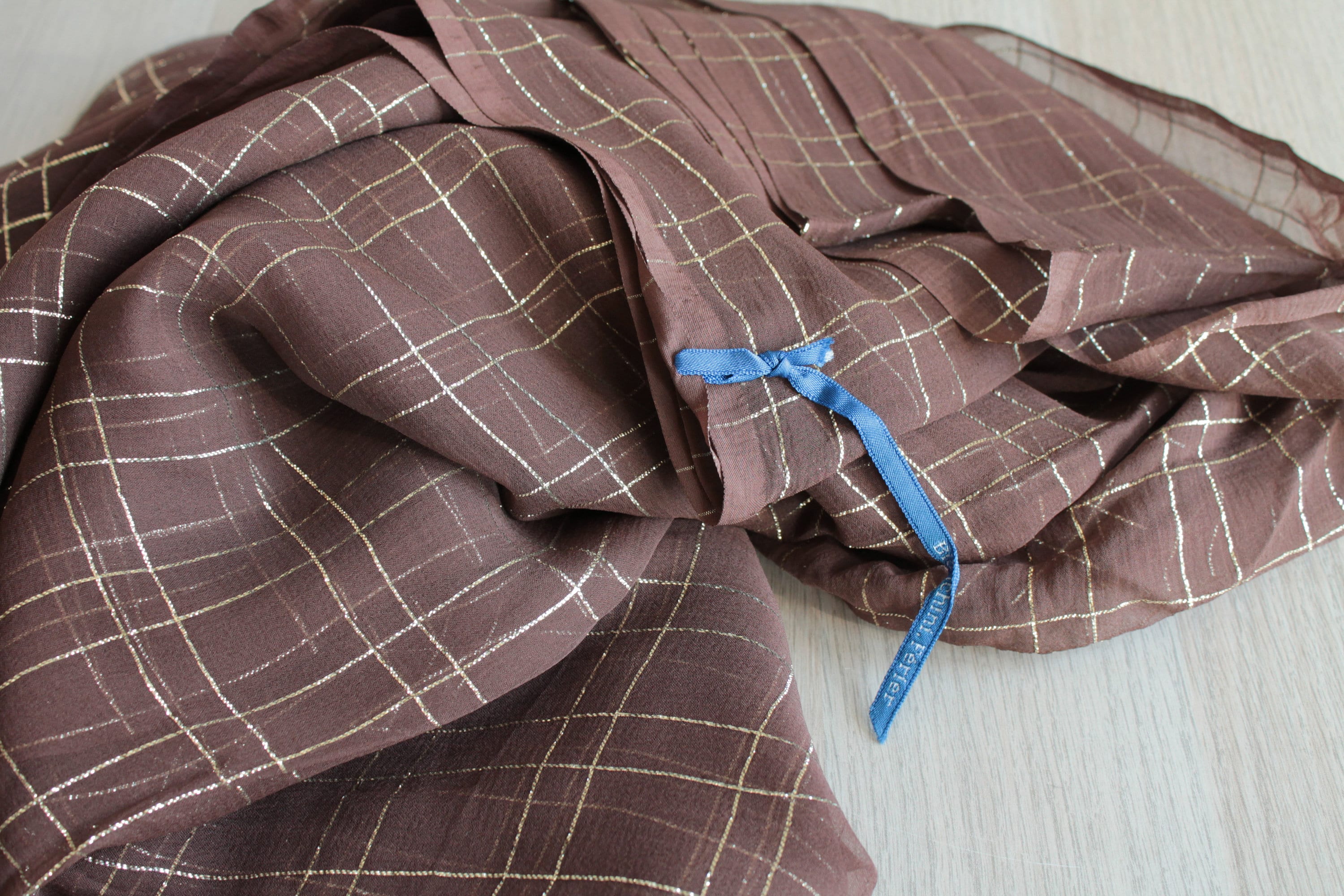 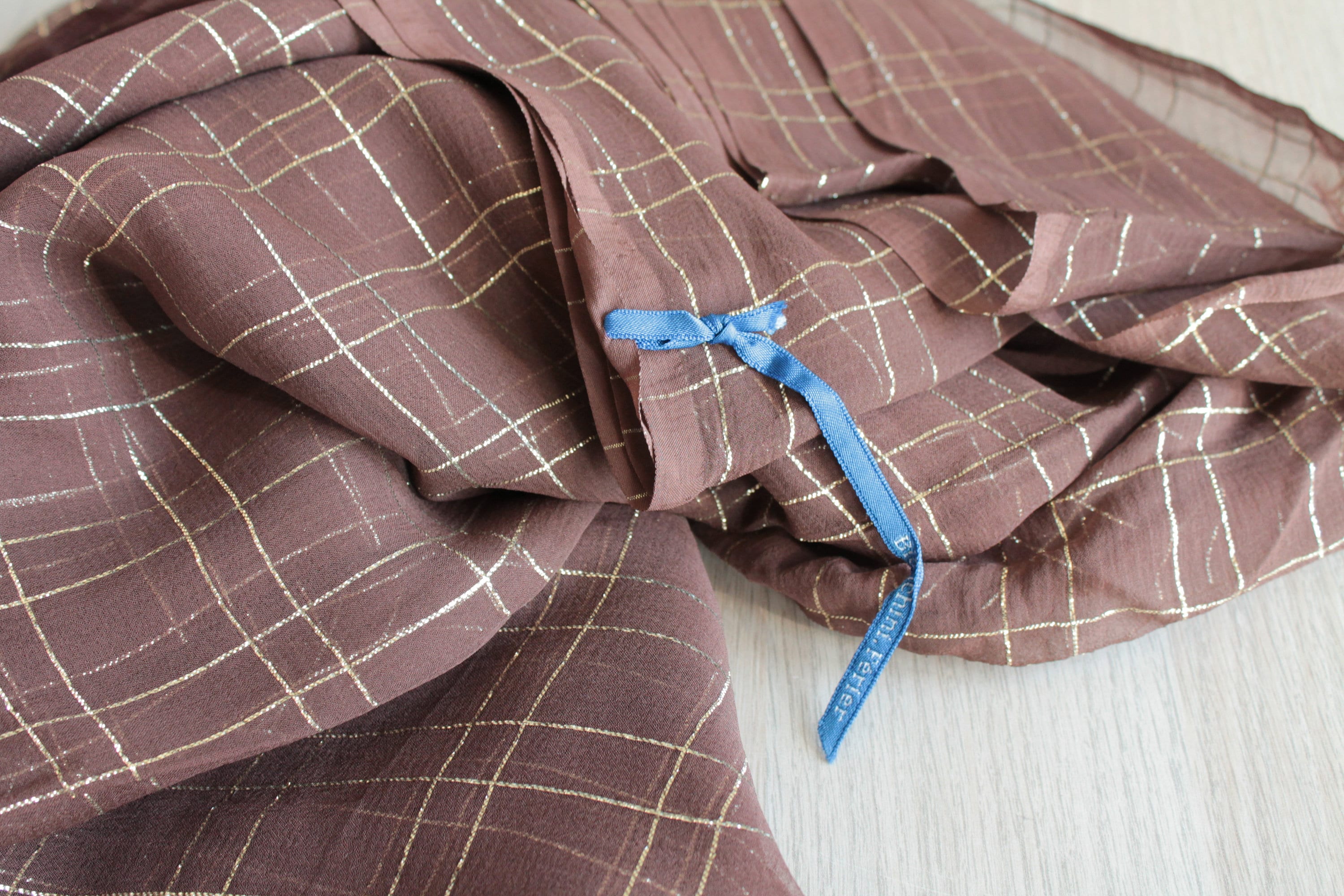 Bianchini Férier Silk Chiffon, high-end vintage silk, luxury vintage fabric, brown and gold silk, 5 x1.13 m, TIS191804
The fabric is new but vintage, kept in plastic bag.
Found in an old seamstress stock, many fabrics and silks being listed.
Dimensions: Great length (you can make curtains).
This fabric will be suitable for furniture (curtain) or clothing.
More choices on:
www.hasbeencraft.com
www.hasbeendeco.com
A little history
Bianchini-Férier is a silk manufactory founded in 1888 in Lyon by the association of a creator, Charles Bianchini, the technician François Atuyer and the financier François Férier. Thanks to its tradition of quality and creation, the house, which also installs Avenue de l'Opera in Paris around 1912, quickly collaborates with the biggest names in haute couture and ready-to-wear, including Worth , Poiret, Doucet, Vionnet, Lanvin, Patou, Madame Gres, Carven, Paco Rabanne, Nina Ricci, Chanel, Dior, Yves Saint Laurent, Christian Lacroix, Jean Paul Gaultier, Hussein Chalayan, Dries Van Noten ...
House boom
Textile innovation
The rise of the house is based on the creative genius of Charles Bianchini. On the one hand, it cultivates the search for new technical processes: crepe cloth (created in 1910), Madonna muslin (the finest in the world, created in 1904), fashioned velvet, industrial manufacture of crepe and georgette, the time of the development of the use of the bias in the sewing ... Some innovations are the result of searches through his travels notably in London, Vienna where he forges links with the Wiener Werkstätte, Venice where he is interested in the work by Mariano Fortuny ... The names used by Bianchini for the fabrics of the house are evocative of exoticism and elsewhere, especially in the 1920s: pancakes Georgette, Roman, Korrigan, Sublime, Mireille; Fulgurante silks, Soiebelle, Flaminga; Odalisque, Golden Scarab, Argentina, Silverine, Silver Beads; modern quilts including the Montaniador; velvet Frisson et Paradis ... At the end of the decade, Bianchini Férier is a group anchored in the Lyon region integrating all the phases of the manufacture of silks: Givors milling, weaving in the Tour-du-Pin, dyeing and printing in Tournon .
Artistic collaborations
On the other hand, Charles Bianchini favors collaborations with artists. The longest of these collaborations is certainly that of Raoul Dufy (formerly at Paul Poiret), who signs an exclusive contract with this Lyons silk house and will be the designer and artistic director from 1912 to 1928. He will imagine a logo representing the metamorphosis of a butterfly caterpillar into the petals of a flower to symbolize the company's link with silk. "The ornamentation in the fabric is a complementary thing to life; as a light illustration that can play with discretion its role, in relation to its material fragility. "2. His compositions are dedicated to Pegasus, the Procession of Orpheus, Dance, a Tennis Party ...
Other artists who collaborated with Bianchini-Férier include Alfred Latour (who will be recommended by Raoul Dufy), Georges Barbier, Paul Iribe, Yoni Beaugourdon, Sonia Delaunay, Leleu, Robert Bonfils, Henri Gillet, Paul Mansouroff, Jacques-Henri Lartigue, or later Vasarely, Kientz, Daniel Buren ...
Evolution
Until 1982, Bianchini-Férier prints and produces its own fabrics. In 1990, the weaver developed an activity of luxury accessories. In 1992, Bianchini-Férier teamed up with Baumann to create Tissage Baumann (a subsidiary of the Mayor Group), which in 1995 bought the Tissage Saint Maurice plant. Concomitantly in 1992, the artistic historical archives of the original Maison Bianchini-Férier S.A created in 1888 are contracted to a collector, and the rest of Baumann Bianchini-Férier will be dispersed in 1999. Source Wikipedia
The history of Armalyne Bianchini Ferier began more than a century ago with the collaboration of ingenious men, Messrs. Atuyer, Bianchini and Férier, who founded their silk factory in Lyon on July 23, 1888.

In 1912, Bianchini signed a contract with Raoul Dufy. A brilliant creator of drawings, he created textile designs for the Bianchini-Férier house until 1928 and gave birth to no less than 4000 drawings, representing a monumental work whose influence deeply touched the applied arts of the 20th century. This vast collection of drawings archives is the essence of the house's know-how and a true heritage treasure.